Hello everyone.
Hope you are fine and doing good in your daily routine.

Here is the 3rd part of my series of tutorial on Amazon Kindle Application Development.

Note : So far we have discussed following topics in this category.

In this part I will describe some core concept that one must know before starting development on kindle plateform. It includes life cycle of kindle application and some other key points we have to care during code.

Earlier i was going to start hello world tutorial but i felt these things should discuss first so that when one start writing his first program he/she should clear about whats going on at backend. So let start.

I have bring my bowl of “fruit chaat” but my music player is silent today. I’m not in mood of listen any track, but while reading these lines; don’t forget to follow the traditions. You must have something to eat and listen, having relax seat in your chair …

First of All we need to know what is “Active Content” are. Within the community of kindle developers you will hear this term time and again. Active contents are noting but the apps runs over kindle device. Simply the apps for kindle, here we called them “active content”. Simple it is.

Technically, kindlet is an interface in kdk (kindle development kit). We extends its subclass and write our code. At little abstract level, the main entrance of our kindle application is called kindlet.

In more concise words, if someone asks you where is your kindlet, then it means he/she is asking about the entry point of your kindle application, the class which extends the subclass of kindlet interface of kdk .i.e  AbstractKindlet class.

when application jumps into a phase, a specific method is called, defined in kindlet interface. These method calls and phase changes are very well defined until any unchecked exception is thrown, that causes the active content to die/shut down and user will see crash. Now as application crashed, there isn’t no surety whether the life cycle will complete normally or will terminate immediately.

The kindlet method associates with above mentioned phases are

At this stage, we don’t see any screen/user interface at user end. Its all occurred at backend. At developer lever, we don’t have access to persistent storage; we haven’t access to application environment/context.

In case application are eligible for “ready to run” then a transition is occur via method called create() declaired in Kindlet interface. At this stage application gain access to kindle environment and we have a reference of KindletContext object. This object represents the Kindle application’s environment for a Kindlet and provides access to the Kindlet’s user interface, filesystem space, network connectivity and more.

Once a Kindlet create method has finished, the Kindlet is considered “ready to run”. The application’s user interface is not visible while in the “ready to run” state and no user input will be received. be patient

The next phase from “ready to run” is to “running”. During this start() method of kindlet interface will be called. Even at this point, the user interface is still not visible.

“ready to run” to “shutdown” is also possible. If this occurs, destroy will be called. During destroy, the application should release any resources it has allocated.

When use wants to quit the application, the application moves to shutdown state and stop () method is called. This pause any executing work, release any file or network resources, and prepare for the user interface to be made invisible.

That’s was a theoretical concepts for life cycle of a kindle application. Let have a quick glance over life cycle methods of kindlet.

is the first step in the life cycle. A reference to the application’s environment is provided to this method. This method will only be called once during the life of the Kindlet instance.

indicates that the application is about to become active. Upon completion of the start method, the user interface will become visible and the application will start to receive events from the user. Unlike create, start may be called many times during the overall life of the Kindlet instance. For instance, entering and exiting the screensaver results in a stop event followed by a start event. Similar cases exist for USB and other system notifications.

When an application is stopped, the file system may disappear. It is important for applications to close resources like files and re-open them on stop / start cycles, respectively. Additionally, any threads that are performing work should either shutdown or sleep. This includes network access, and all requests for connectivity may be cancelled on stop.

indicates that the Kindlet instance will not be used again. This permits the Kindlet to clean up resources and do any housekeeping that may be necessary on application exit.

The device may choose to shutdown an application during screen saver or USB mode to preserve battery life.

Its enough for today .. in next part, we will move to actual development, a hello world program. though i start working that part today but i felt we should discuss these things first so that while writing the code, we should know what actually going inside code and at backend of our application.

feel free to ask any thing confusing here. i will try my best to make it more simple, easy to understand as per your kind suggestions.

Be blessed. Have a nice day. 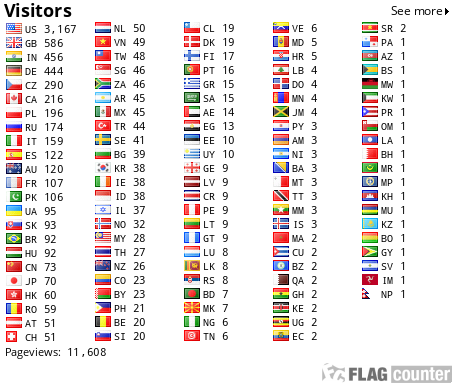